Celebrated on May 14th 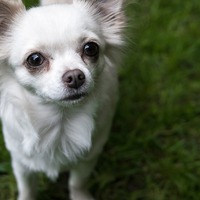 Can you draw a chihuahua ?

Did you know: Chihuahuas are the smallest dog breed in the world; they’re usually between two and six pounds. So if you’re looking for a pint-sized, portable buddy to take wherever you go, this pooch may be the right pal for you!

Can you draw a really COLORFUL Chihuahua?

Did you know: The Chihuahua is one of the breeds that can be found in a huge range of colors. Chi can be solid, two-toned or hold 3 colors in the coat. They may have markings and/or a mask. It has now been proven via DNA evidence that the Chihuahua originated from the ancient Techichi dogs of Mexico.

Can you draw a Chihuahua's FRINGE?

Did you know: Chihuahua puppies are born with floppy ears. They start standing erect as they get older. If they aren’t up by 6 months of age, they probably aren’t going to go up.  Chis with floppy ears are not the standard in the breed, but they can still be pure bred Chihuahuas and have ears that lay down instead of stand up. Long haired Chihuahuas have their own lingo for their hair. Their tail hair is called the Plume. The hair on their legs is called Furnishings. And the hair falling from their ears is called Fringe.

Source: I Love My Chi