Celebrated on May 21st 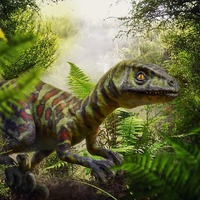 Can you draw an elephant, and guess how they relate to a dinosaurs?

Can you draw a bus, and guess how buses relate to dinosaurs?

Did you know: Some of the biggest plant eaters had to eat as much as a ton of food a day. This is similar to eating a bus-sized pile of vegetation every day. The word “dinosaur” was coined by British paleontologist Richard Owen in 1842. It is Greek, meaning “terrible lizard.” Rather than implying that dinosaurs were fearsome, Owen used the term to refer to their majesty and size.

Can you draw a chicken, and guess why chickens relate to dinosaurs?

Did you know: While it may be hard to believe, the modern day chicken is the closest living relative to the mighty Tyrannosaurus rex. This little bit of shocking scientific knowledge was discovered by scientists who analyzed a 68-million-year-old fragment of fossilized T-Rex protein. They used this data to place the extinct dinosaur on a generally agreed-upon model of the evolutionary tree… and to determine that it’s closest living kin is the mighty chicken (along with ostriches). So the next time you look at a chicken confusedly stumbling around a barnyard, remember that they’re the descendants of literal lizard monsters. Oh, how the mighty have fallen. Evolution, you’re crazy.